Preparing for and Understanding Remote ID 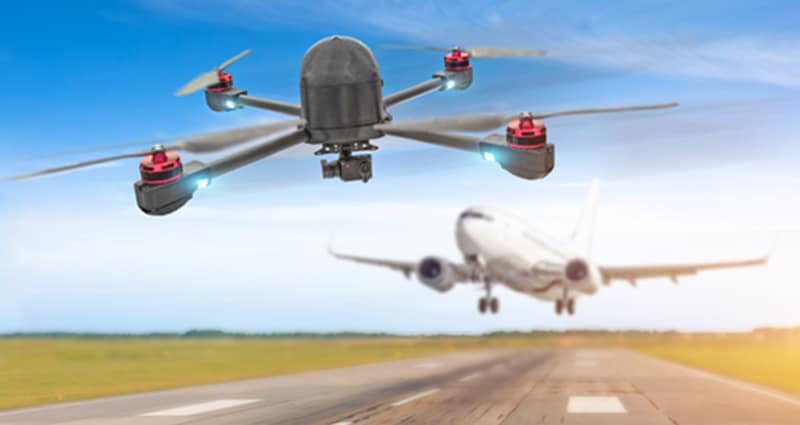 Over the last decade, Civil Aviation Authorities worldwide have had to tackle the challenge of integrating unmanned aircraft into traditional airspace systems. As drones have increased in popularity, it has become clear that the development of a safe and effective unmanned traffic management system will be a key driver of continuing growth in the industry.

The “Remote ID” System
The U.S. Federal Aviation Administration recently released a draft of proposed rules outlining a suggested framework for such a system, known as “Remote ID.” Within three years of becoming law, Remote ID (as it stands now) would require all sUAS used in the National Airspace System to possess communication equipment that can broadcast location and additional information to ATC and appropriate local authorities.

For aircraft that do not have this capability, flights would be limited to within 400 feet of the operator unless special approval is obtained. Since this rule would apply to both commercial and recreational sUAS flights, there has been a significant amount of discussion about its ramifications throughout the entire remote pilot industry.

Taking Issue With Remote ID
There are many reasons for concern with the proposed system, all of which have been widely expressed during the FAA’s recent comment period. The primary concerns can be organized under the following categories: legal (privacy), technical and economic. On the legal front, many perceive the mandatory gathering of personal information to be a violation of the privacy protections afforded by our Constitution. There are arguments for both sides, and it is likely this will be a key point of contention as the rulemaking process moves forward.

The technology issues are more varied. The most critical issue revolves around the proposed framework for the system, which is dependent upon our nationwide cellular network. Government planners have assumed that the system will be easily executable due to the planned 5G expansion. However, cellular experts say there are still many unanswered questions. We are dealing with new technologies and unknown loads placed on the system, which could have far-ranging implications.

From an economic (and civil liberties) perspective, recreational pilots are concerned that Remote ID will deal a heavy blow to their sport and pastime, effectively crippling many forms of R/C aviation for future generations. Small commercial sUAS operators are also worried about the financial loss they will experience if forced to replace their entire fleet within three years’ time.

All of these concerns are valid and deserve thoughtful review and consideration by the FAA. Ultimately, however, the health of the unmanned industry is dependent upon the continued integration of UAS into the complete airspace environment, not just at low altitudes and in uncontrolled regions of airspace. We need a suitable solution, and must recognize the need to work together and make compromises to achieve our shared goals.

Challenges Faced by the FAA
To better understand this issue, it is important to recognize some of the FAA’s current challenges. Certain existing ATC traffic management technologies, such as ADS-B, will not function with all types of UAS. ADS-B is not designed to handle high concentrations of small aircraft flying within limited bands of altitude near the ground, which makes it unsuited to be the sole Unmanned Traffic Management (UTM) solution.

In addition, the threat potential of an sUAS has been demonstrated in multiple incidents around the world. Most drones capable of lifting a payload of more than 1.5 pounds can be used for criminal, and potentially lethal, purposes. This danger becomes more acute when combined with the widespread availability of drones, and the ability to control unmanned aircraft using “swarm”-based technology. The FAA has to balance the need for protection against rogue actors with the potential harm a heavy-handed approach could do to the drone industry as a whole.

Complex Challenges Require Carefully Considered Solutions
Clearly, there is not a simple solution to this challenge, as shown by the concerns raised during the Remote ID comment period. However, it is our responsibility as members of the aviation industry to work with regulators. Parties associated with both manned and unmanned aircraft must continue to work to produce and adopt a viable system that will move the global integration process forward.

These efforts must also produce solutions in a timely manner. As we move forward, remember to ask questions, listen to the opinions and explanations of the experts and focus on the goal that we all share… to modernize the future of aviation!

About the Author
Colin Romberger is the Chief Pilot at DARTdrones and graduated from Embry Riddle Aeronautical University as one of the first 5 students to earn a Master’s Degree in Unmanned Aircraft Systems, with a focus in Flight Operations and Systems Design. Colin also holds multiple FAA Airman Certificates for manned aircraft operations. At DARTdrones, Colin is responsible for ongoing instructor development initiatives as well as the coordination of sUAS Operations Consultation Services tailored to the specific use cases and operating environments of our corporate clients in numerous sectors such as oil & gas, utilities, engineering and more. He has consulted with these companies and organizations on their use of sUAS for a cross section of purposes. Colin also runs his own drone services company specializing in mapping and inspections. 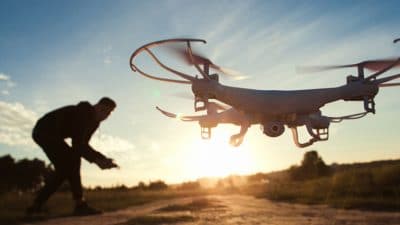 15 Steps to Starting and Running a Successful Drone Business

Thinking about starting a drone business as a side gig or as a main source of income? Doing so can seem like an overwhelming task, but having a plan and doing things the right way can make it more attainable (and profitable). Here are 15 steps that will help you on your way to developing a successful drone business. 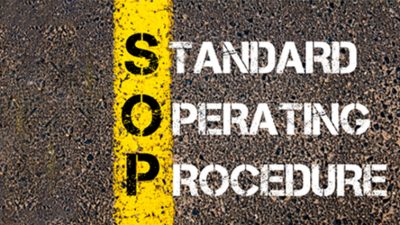 The Bedrock of Aviation—Standard Operating Procedures… Consider the Variables!

Aviation is all about standard operating procedures and their more-beloved acronym “SOP.” With the current COVID-19 pandemic and its impact on staffing levels, operators have had to make some hard decisions, whose impact may not be readily apparent. This article illuminates the risk in assuming SOPs are, in fact, standards.