We use cookies on our website to improve user experience. By using this website you agree to our use of cookies. OK
Home > SM4 Safety Articles & Resources > The Bedrock of Aviation—Standard Operating Procedures… Consider the Variables!

The Bedrock of Aviation—Standard Operating Procedures… Consider the Variables! 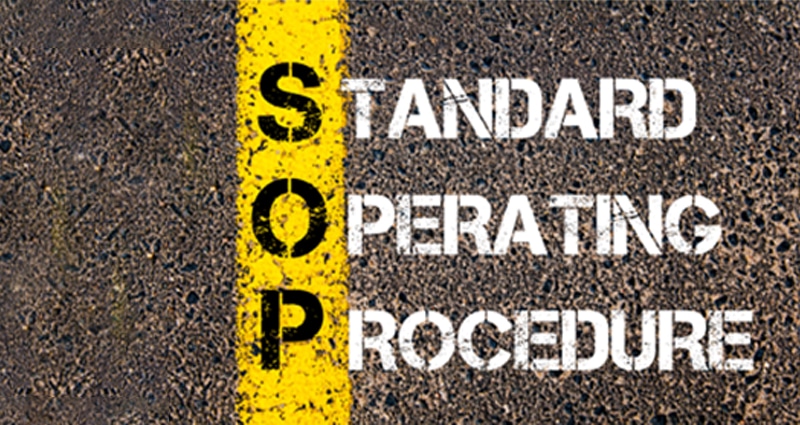 Aviation is all about standard operating procedures and their more-beloved acronym “SOP.” With the current COVID-19 pandemic and its impact on staffing levels, operators have had to make some hard decisions, whose impact may not be readily apparent. This article illuminates the risk in assuming SOPs are, in fact, standards.

Key Terms in an Important Phrase
For those who have served in the military, SOP can refer to a specific unit’s unique “standing” procedures, which may or may not be standard across a specific branch or among other units. The implication is that these standing orders are, by default, the rules to be followed.

So, outside of the military, the term, “standard” is left to interpretation when viewed by the organization that created it. The standard’s effectiveness will also be judged by the quality of instruction provided to understand and fully comprehend how the “procedure” shall be applied.

But wait, I just added a new word—“shall.” Shall is not a should but a must. So, if an organization develops and publishes an SOP, the word “standard” implies that it applies in all cases where the subject matter is affected. It is an imperative. You will accomplish this procedure based on the steps, actions or tasks that have been outlined within it.

A standard operating procedure is not a recommendation or suggestion, such that your company merely suggests you do it this way.

When used as an auxiliary verb, “shall,” according to Webster’s Online Dictionary, “denotes a requirement that is mandatory whenever the criterion for conformance with the specification requires that there be no deviation.” For good order, “must” is defined as “to be obligated,” and is a good substitute for “shall.”

On the other hand, “should” is a word that “denotes a guideline or recommendation whenever noncompliance with the specification is permissible.”

An Incomplete SOP in Action
So, let’s apply our newly defined terms to an active ramp as we happen upon an FBO apron where a recent Challenger 300 arrival is now poised to be placed in the hangar by the well-trained, well-equipped line service under the ever-watchful eye of the general manager (by the way, this is 2020!). Based on the SOP on file at this FBO, the operation should be textbook. However, in reality its nowhere close!

It begins to unravel when the supervisor, after doing the walkaround and checking the tug and towbar for the op, realizes that, based on the SOP for wing-walkers, he is short one LST from the required two to place this aircraft in the already-congested hangar. Coyly, the supervisor asks the GM to act as wing-walker and also watch the tail. The GM agrees and begins to walk over to the aircraft. Regrettably, it is at this point that I stopped the operation to ask a few questions of the supervisor.

“Do you have an SOP for these types of movements? As you are inviting a new member, the general manager, to join your team, have you asked him if he is aware of the SOP and been trained or briefed on it?”

The answer, of course, was no. The supervisor had assumed that since the GM was management, he would be aware of the rules. Unfortunately, assumptions very often lead to increased risk!

Next, I asked if the supervisor discussed the tow plan with the other LST and the new member (the GM), and again the answer was no. The purpose of the pre-tow discussion is so that everyone on the ”team” is aware of the complete task, the position they will take, the check of required PPE (vest, whistle), the path of the aircraft and the identification of hazards (other aircraft already in the hangar, the hangar wall and door height, etc.), so that the most appropriate (most experienced or aware) wing-walker can watch the hazard areas and ensure that the tug operator is keenly aware of distances and closure rate.

I then turned to our newest member of the team, and learned that he was aware of the SOP but wasn’t wearing the required vest and did not have the required whistle (for emergency stop, as it is better than a visual hand signal). So, while there was some awareness, there wasn’t a sense that this was a standard! This added a lack of detailed knowledge to the growing list of elements that increased the risk of the operation.

As the scenario continued, we equipped the GM with the required safety vest and whistle, went over the SOP as written, and agreed that we needed to add that the supervisor may stop the movement at any time to allow the wing-walkers to get in proper position for maximum visibility of the hazard area.

Due to the team’s lack of experience working together, I stressed that the tow didn’t have to be continuous, but rather had to allow for the wing-walkers/tail-walkers to get into position to ensure they had the best view of any obstacles that might become a source of damage while also maintaining a continuous line of sight with the tug operator.

Lessons Learned
So, what’s the lesson here? While the SOP as written seemed to address the activity as standard, it did not consider variables, such as inexperience or the time it takes a wing-walker to move to a proper position to visualize the hazards and provide clear guidance.

SOPs are intended to be followed exactly as documented, consistently, every time. That means that they should be developed thoughtfully and completely based on the type and complexity of operation and trained to ALL staff that may be required or asked to support the operation, taking into consideration the vagaries of individual competency. The procedures should then be checked routinely to ensure they remain accurate for the op.

Yes, it’s a standard operating procedure, but now it anticipates variables that are ever-present in aviation! 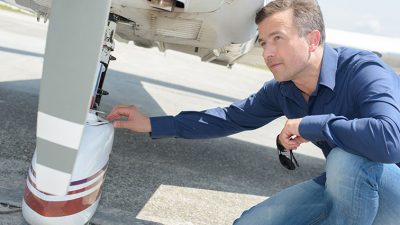 The Importance of Being Consistent—Aviation’s Most Cost-Effective Safety Tool.

Within the aviation community, one of the most basic tasks pilots learn from day one of training is to perform a pre-flight inspection (PFI). The PFI is a visual walk-around of the aircraft to enable the pilot, using sight and touch, to determine the basic condition of the aircraft, systems and functional controls for the purpose of flight. 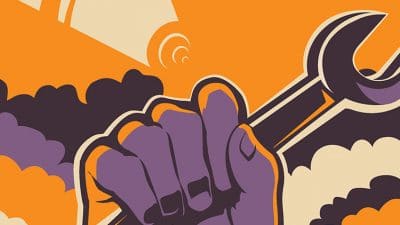 2022: The Year of the Aviation Mechanic

As we ring in the New Year, many of us like to think big. How can we have the most impact in the new year? How can we recruit and provide the best people with the best tools, training and motivation to excel? How can we find the resources to accomplish all of our grand ideas floating like sugarplums though our holiday-spirited minds?