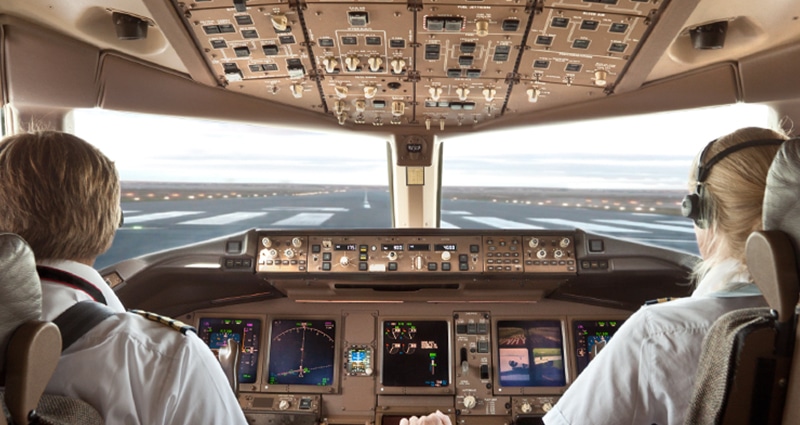 The current training standards for rapid or explosive cabin depressurization have served the commercial aviation industry well. Over the last 15 years, there have been numerous high-altitude, rapid-decompression events that have all resulted in safe landings without associated fatalities. This success is attributed to the extensive training resources available to the commercial pilot during initial and recurrent training.

The fundamental premise of this hypoxia training is the study of the classic “time of useful consciousness” table (TUC), where it is taught that at certain altitudes there is a limited time in which the pilot can perform. Examples include that at 25,000 feet the TUC is 3-5 minutes, at 30,000 feet it is 1 minute and at 40,000 feet it is 10-15 seconds. This humbling message emphasizes the need for immediate donning of the mask and, again, has served the industry well.

Slow Depressurization and Task Focus: A Deadly Combination
However, there is a weak link when it comes to slow onset hypoxia associated with the failure of pressurization on ascent or a slow depressurization at cruise altitude while addressing a primary inflight threat. Since 1999, there have been over 140 fatalities related to this scenario involving commercial, corporate and pressurized technically advanced aircraft. When looking at these fatal cases more closely, it can be determined that the cabin ascent rate was not rapid or explosive in nature and actually was slower, occurring over 10-15 minutes while the pilots were task-oriented or possibly task-saturated.

This emphasizes the danger of slow onset hypoxia, which is defined as a cabin ascent rate of 1,500 ft/min over a 10-15-minute period of time. In this slow onset model, the signs and symptoms of hypoxia are subtle and if the crew is attentive to ascent-related procedures, it is very easy to become fixated, resulting in loss of consciousness.

Perilous Assumptions About Hypoxia Symptoms
It is often assumed by pilots that hypoxia will be easily identified as the signs and symptoms will be quite strong. This is not always the case, as slow onset hypoxia is very insidious. This is further complicated by the fact that the crews are task-oriented on the flight deck, especially during the ascent phase of the flight. Of special note is the increased level of fixation that occurs as pilots remain focused on their instruments often missing the fact that they are having mild symptoms of hypoxia that can be easily ignored.

Recent studies have shown that neurocognitive impairment occurs even before the symptoms of hypoxia are recognized. Examples include: diminished scanning, decreased memory read-back with ATC, heading and altitude mistakes, and difficulty with way point and frequency changes to mention a few. Therefore it is imperative that flight crews be able to identify these changes of impairment and early subtle symptoms to avoid incapacitation.

Safety initiatives driven by SMS departments of flight operations will benefit significantly by reviewing this dangerous phenomenon and determining the appropriate steps to better educate the flight crew to this most dangerous scenario.

Southern AeroMedical Institute
SAMI is the prime research institute regarding the phenomena of Slow Onset Hypoxia. SAMI’s decades of research have improved the way aviators around the world prepare themselves for oxygen contingencies. The patented DeSat Training program is the closest possible re-creation of the dynamic and task saturated environment a pilot will face during a pressurization event. This includes a medical understanding of hypoxia, FAA standard mask donning procedures, ATC communication, crew coordination, and post event training—all while operating at true altitudes and utilizing oxygen reserves.
http://www.SAMI-AeroMedical.com 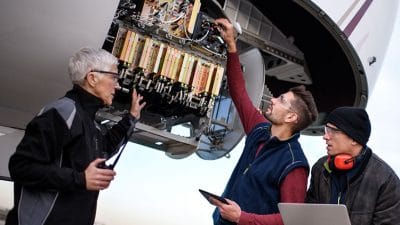 Preventing problems is much more efficient and effective than addressing them after they occur. However, as Dan Heath points out in his book “Upstream: The Quest to Solve Problems Before They Occur,” there are barriers to “upstream” thinking that must be overcome. This starts with organizations asking themselves seven key questions. 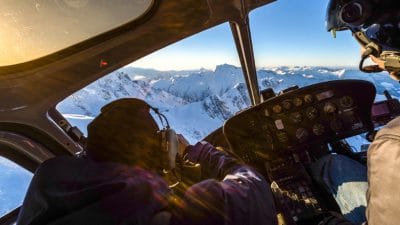 In the realm of professional aviation, each of us carries a mantle of tremendous responsibility for the other souls with whom we share the airspace, our families and colleagues, our companies and employers and, of course, ourselves. The consequences of a serious misstep in our profession can have a finality that renders the statement, “I will do better next time” meaningless.