We use cookies on our website to improve user experience. By using this website you agree to our use of cookies. OK
Home > SM4 Safety Articles & Resources > Taking on Spins & Stalls – A Brief History 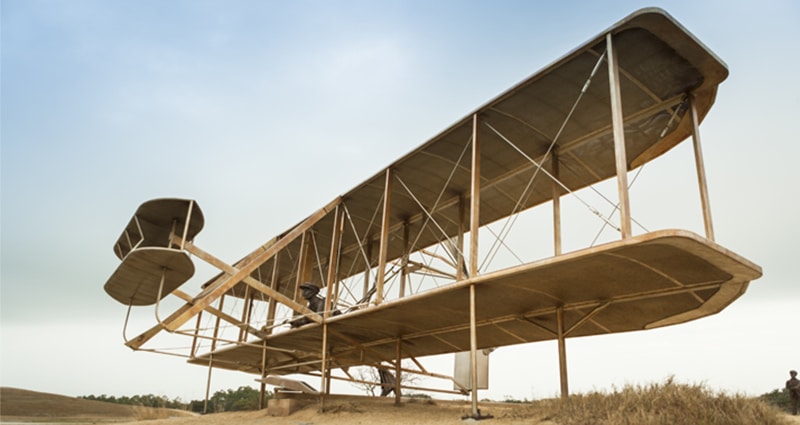 More than 100 years ago, as the Wright brothers experimented with different aircraft designs, they recognized that control of a flying aircraft would be the most crucial and hardest problem to solve.1 During their initial flight tests, the brothers encountered wing stalls in which the lift would suddenly decrease. Their early use of wing warping also introduced them to the effect known as adverse yaw, where when warping one wing to increase lift and the other to decrease it, the higher wing’s drag was also increased causing the aircraft to turn in the opposite direction.

In Wilbur’s correspondence with Octave Chanute, a French-American aviation pioneer, he indicated in 1901 that Orville had “allowed the machine to turn up a little too much and it stalled it.” This was the first reference to the word “stall” in the same context that we use it today.

Thankfully the brothers did not give up, designed an improved wing, and installed a rudder to coordinate the wing warping turn to overcome the adverse yaw problem.1 At that time, the Wright brothers were the most experienced glider pilots in the world and turned that knowledge into four successful powered flights on December 17, 1903.

On-aircraft introduction to spin and recovery

The Advent of Spin-Recovery Training
As the concept of flight exploded in both popularity and use, the knowledge of aircraft control also grew at a rapid pace. The use of opposite rudder to recover from a spin was identified by Lt Wilfred Parke in 1912.2 Despite the discovery of this technique, pilots were not taught spin-recovery procedures until the beginning of World War I where they routinely used spins as an evasive maneuver during combat and to take advantage of fleeting holes in the under cast to descend VFR.

Understanding how important spin training was, in 1926 the Federal Government, using the newly created Air Commerce Act, enacted one of its first Civil Air Regulations (CAR) mandating spin training for all pilot applicants. Unfortunately, this requirement only lasted until 1949 due to mounting pressure from aircraft manufacturers and the high fatality rate associated with stall/spin accidents. The Civil Aeronautics Authority (precursor to the FAA) enacted CAR amendment 20-3 eliminating mandatory spin training.

For the next 30 years the knowledge of spin recovery was passed from instructor to student with no formal hands-on requirement. Pilots received little to no training on how to recover from spins and minimal exposure to stall avoidance. Report No. FAA-RD-77-26 revealed that stall/spin related accidents accounted for approximately one-quarter of all fatal general aviation accidents.

Renewed Interest in Spin-Recovery Procedures
In June of 1980, representatives from all facets of civilian and military aviation met in Washington, DC for hearings on whether mandatory spin training should be reinstated. Chairman Jim Lloyd wrote, “The overwhelming evidence from testimony reveals a whole flight regime…that is kept a mystery to the licensed aviator by the FAA by practice and regulation”. It wasn’t until a decade later in 1991 that AC 61-67B increased stall and spin awareness training for pilot applicants. Unfortunately, it stopped short of requiring on-aircraft spin training for all pilots, and only mandated the training for flight instructors.

Since that time, the FAA, ICAO, EASA, Flight Safety Foundation and many more organizations have looked at different methods of increasing stall and spin awareness, or more specifically, Loss of Control Inflight (LOC-I). Initiatives such as Safer Skies, FAAST, and the Airplane Upset Recovery Training Aid Rev2 were all focused on reducing the fatal accident rate in civil aviation.

Upset Prevention and Recovery Training Today
In 2012, the loss of control avoidance and recovery training (LOCART) initiative revealed existing practices that were found to be a contributory factor to inappropriate responses by flight crews. As an example, one training methodology was based on the pilot being able to achieve recovery with power and minimal altitude loss, vice reducing angle of attack (AOA).3

The release of AC 120-109 in 2012 emphasized the reduction of AOA as the most important response to an unexpected stall or stick pusher event and provided best practices for training and testing. Three years later AC 120-111 was released to address Upset Prevention and Recovery Training (UPRT). This AC focused on recommended practices and guidance for academic and flight simulation training device (FSTD) training to prevent a developing upset condition and ensure correct recovery responses to upsets. Even though the AC was directed at Part 121 air carriers, the guidance for UPRT training is still applicable across the full spectrum of aviation training.

Of course, with the enormous amount of attention given to understanding upsets, stalls and spins, the best method for pilots to truly learn how to recover from these events is an end-to-end training program that includes academics, practice in own aircraft FSTD, and on-aircraft upset training. Only when a maneuver is performed consistently in an actual flight environment can it be considered mastered and responsive to an unexpected upset. 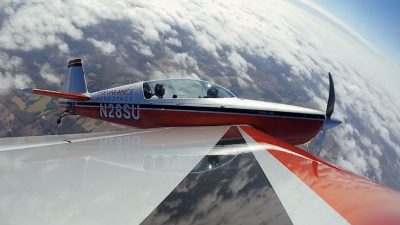 Hello, summer! With the COVID vaccine now readily available, the demand for travel is bringing back air traffic and the empty skies of 2020 will soon be a piece of aviation history. As we dust off our flight bags or update the iPad applications, be mindful that skill loss, albeit temporary, is a reality we need to contend with. 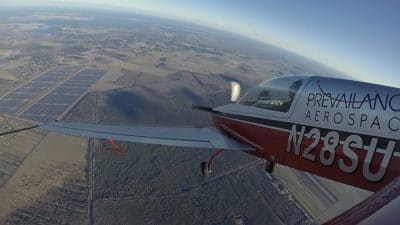 The new year has begun and with it an assortment of resolutions to make ourselves better in one way or another. January is generally the month in which everyone shares those resolutions, and as a flight safety academy, we see numerous pilots interested in additional professional development events and training focused on countering loss of control-inflight (LOC-I). All great news!